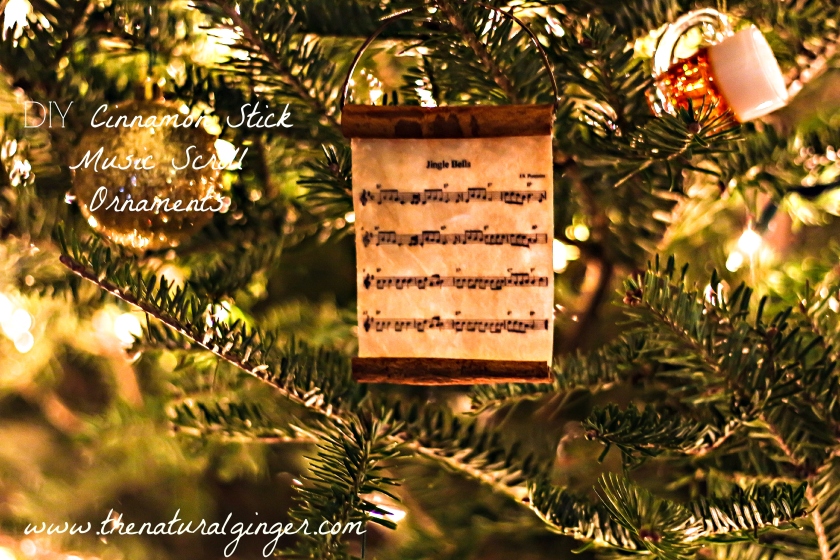 Did you know it’s Christmas in 10 days? Me neither. This year has flown by, but with all of the chaos events of the last year, I’ve never been more excited to embrace the holidays.

Part of embracing the season? I’m participating in my first ever Blogger Ornament Exchange organized by one of my favorite local bloggers, Christina of Hungry Meets Healthy.  I was super excited when I got paired with Sarah of SarahMidgleySax.com.

Oh I’ve totally got this! We like so many of the same things!

Except… nothing. I got nothing. For the last two weeks I’ve wandered aimless trying to think about how to incorporate her interests into a cute, heartfelt Christmas ornament.  To say I’ve been drawing a blank is an understatement.  There was a moment when I thought I might actually figure out how to make a rock into an ornament (I mean, rock climbing right? Just no. Stop it. You need help, Whit.)

I decided to focus in on the music idea, but I was moments away from walking to Faneuil Hall and throwing money at the problem when I was inspired by a cinnamon stick.

A music scroll! How cute of an idea is that? And “Jingle Bells” is written for saxophone, of course! I tea stained the paper, and 20 minutes later, I had an ornament I can’t wait for her to receive. It goes in the mail tomorrow so hopefully she gets it soon and this isn’t too much of a spoiler – but as I mentioned, Christmas is only 10 days away and I wanted to share it with you guys in case you’re so inspired! (I’m sending some other goodies too because – Christmas).

Print your music on to the paper so that it fits just inside the length of the cinnamon stick. You might have to play around with this a bit – I got super lucky on the first try. 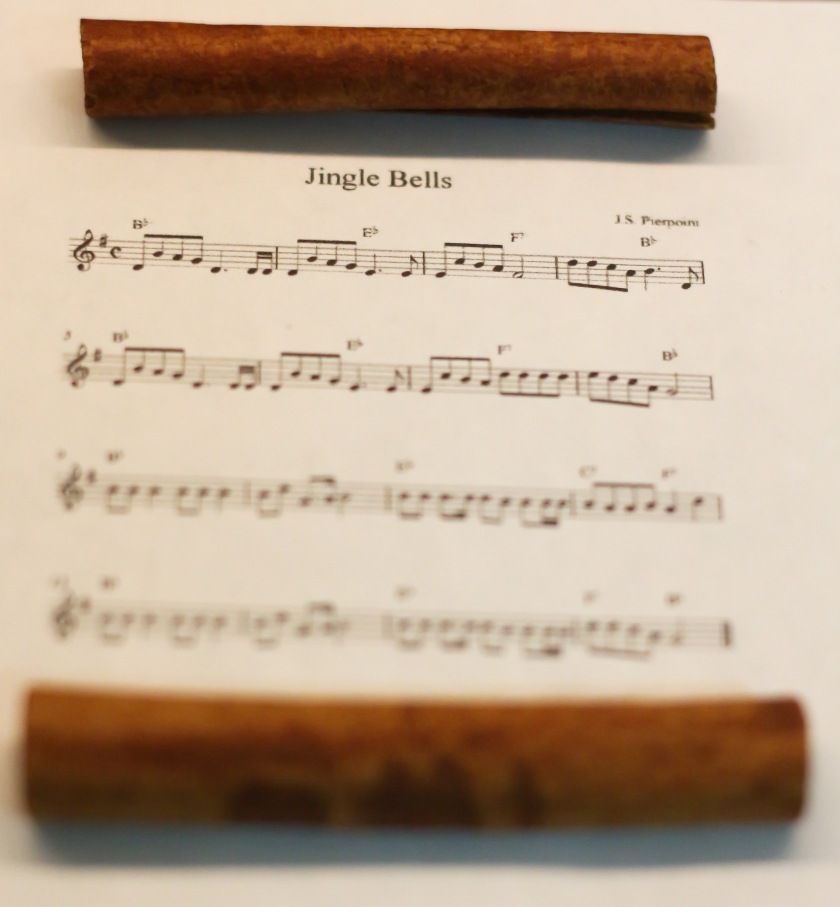 Brew a cup of tea and take a damp (not dripping) tea bag and begin blotting the music until it is fully stained. Some variation is saturation is ok, it adds to the dimension of the look. You can either leave this for a few hours to dry – or be like me and grab a hair dryer to expedite the process. 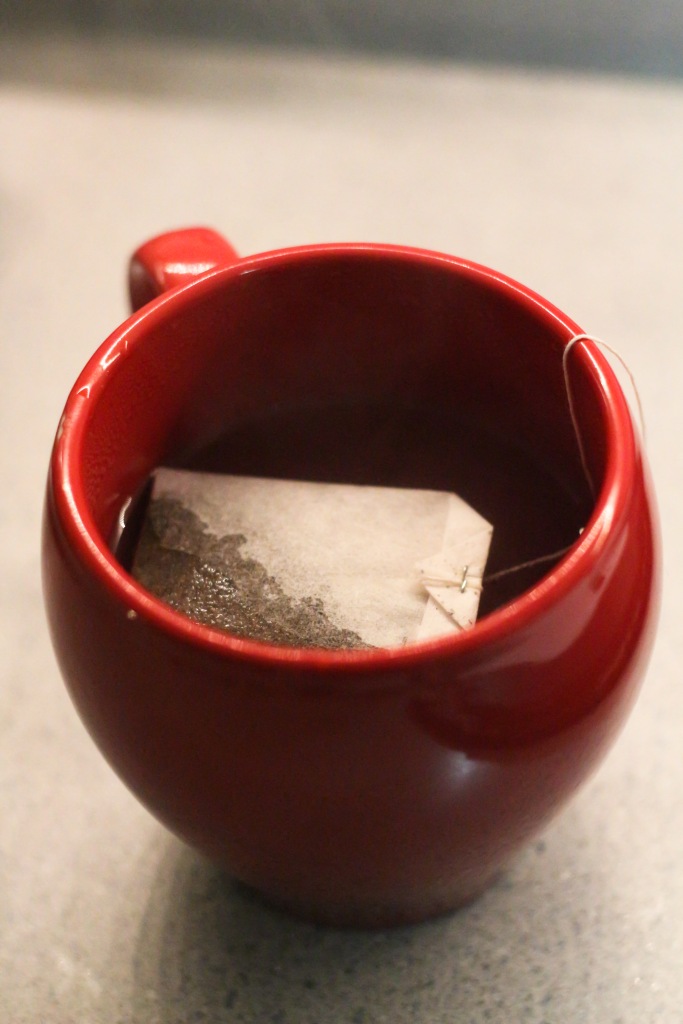 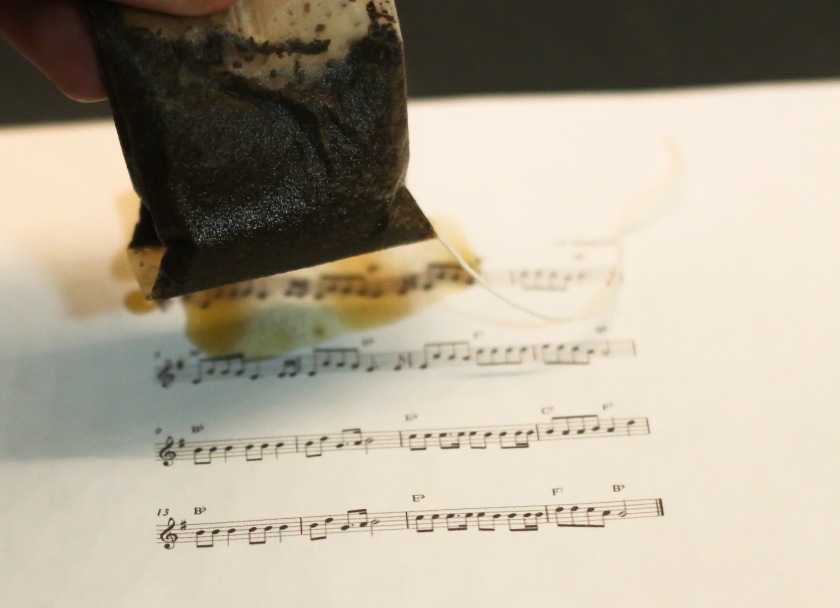 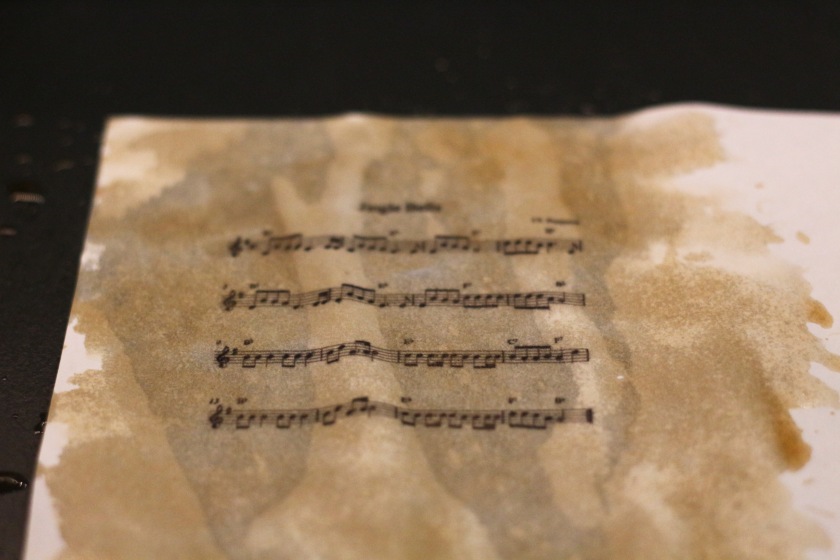 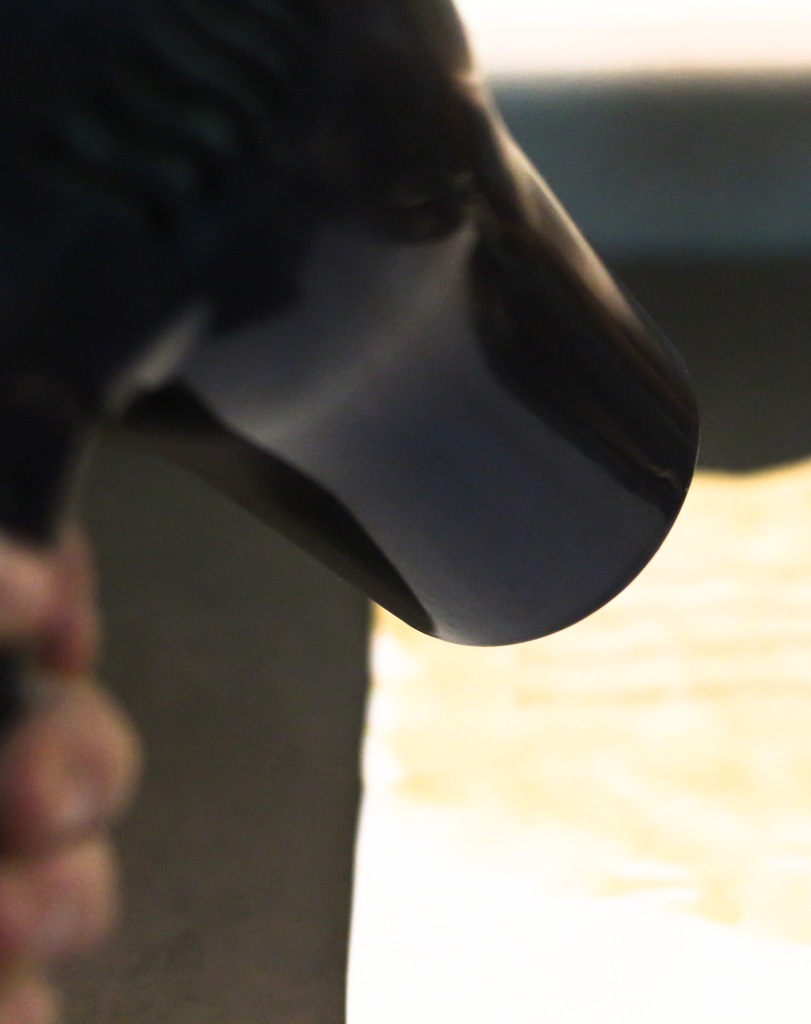 When the paper is dry, cut to size with your cinnamon sticks. 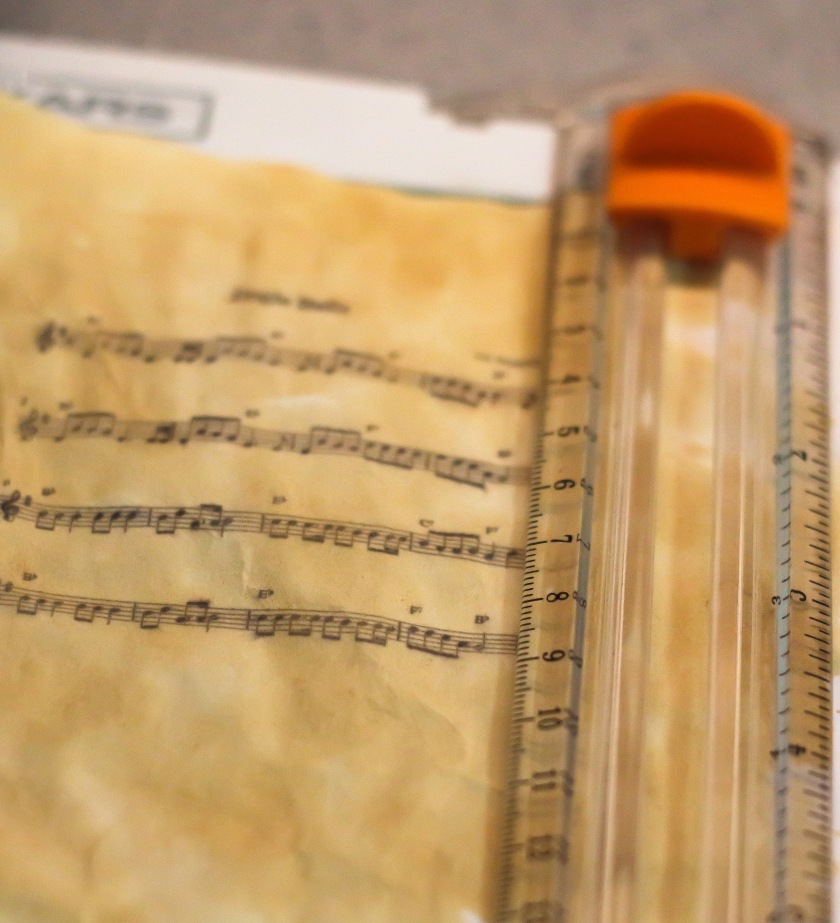 Using a thin line of hot glue, affix each end of your music in to the groove of the cinnamon stick. Once cool, roll the stick in towards the music. It will create the “rolled scroll” look a bit more, as well as disguise any glue that may be visible at the seam. 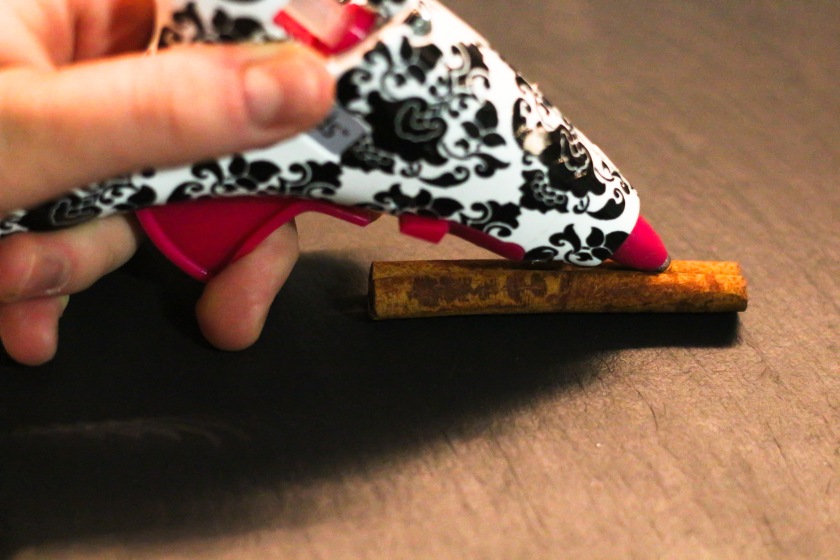 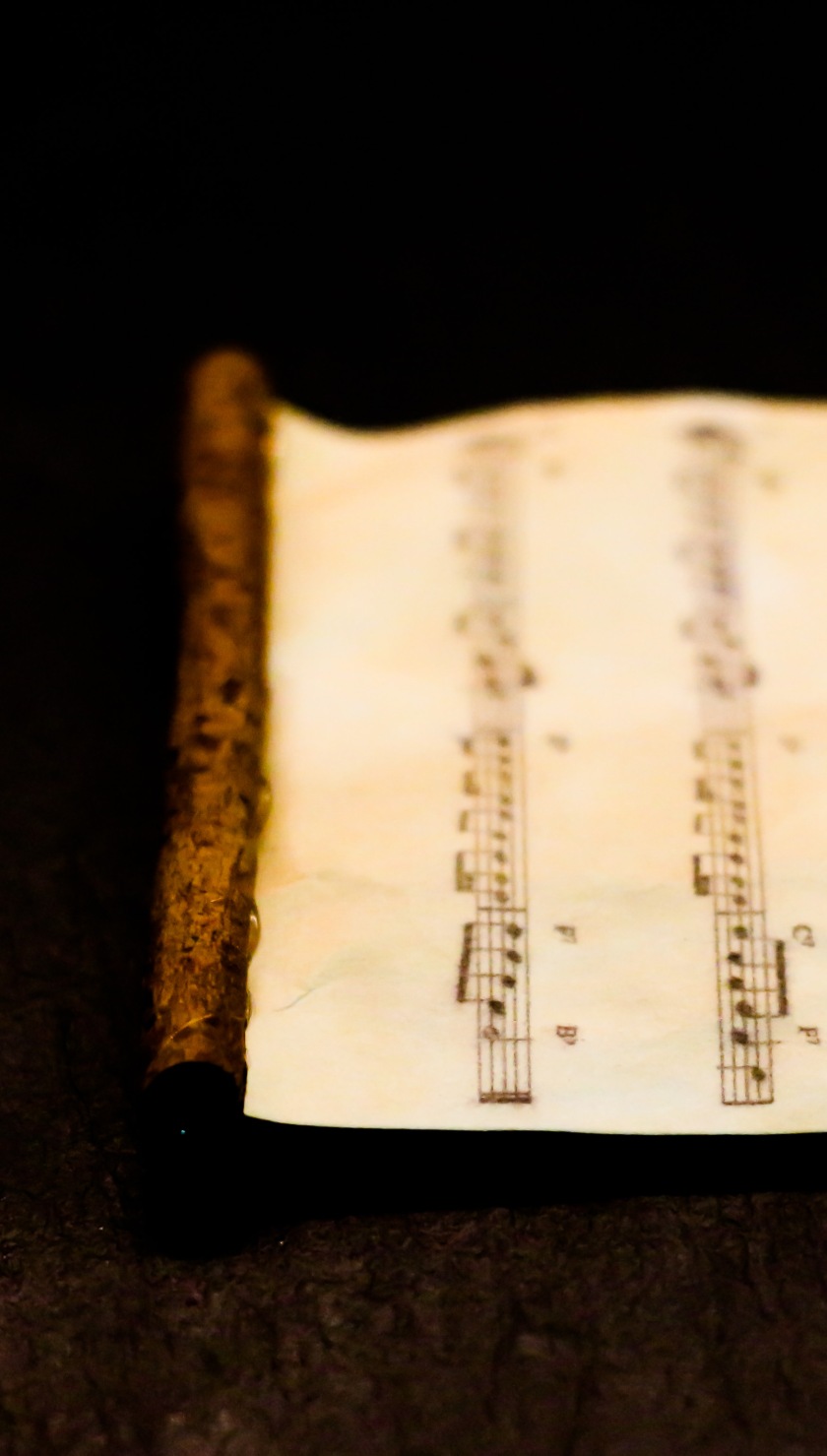 Take a length of wire, ribbon, fishing line, etc and determine how long you’d like it to be, then add half the length of the cinnamon stick (for wire) or at least an inch additional on each side. For the wire, I used small pliers to bend each side in that would conveniently slide in to the hold of the cinnamon stick.  I used a dot of hot glue on each side to be sure it was well secured. 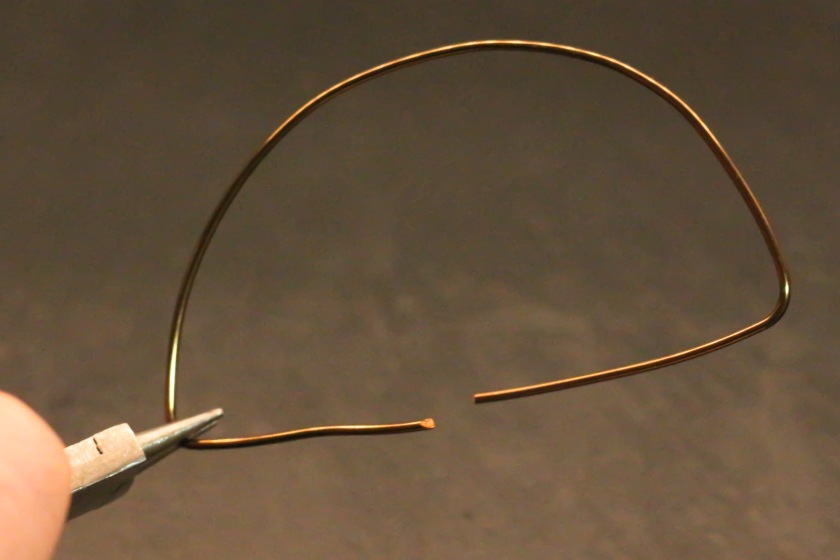 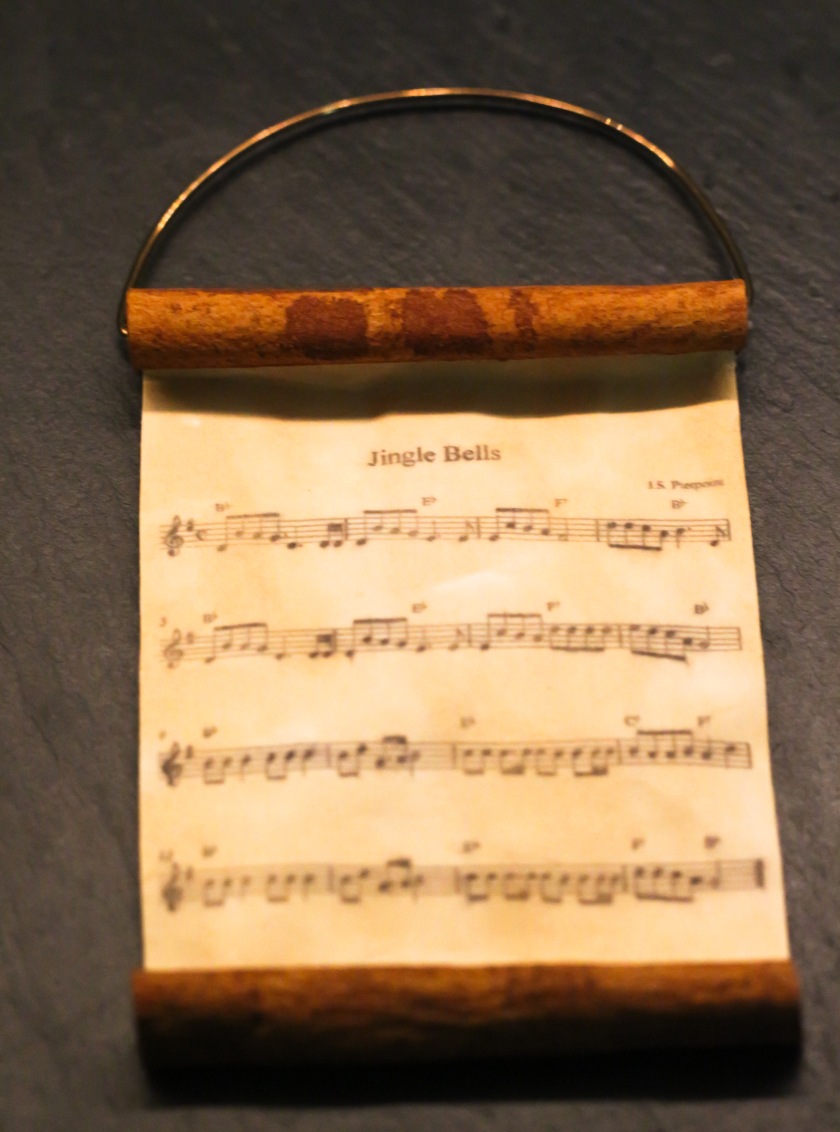 Hang with pride, or give it to your favorite musician on your Christmas list. At less than $2 an ornament, it’s right on budget, filled with love, and looks like it took way more time than it actually did. 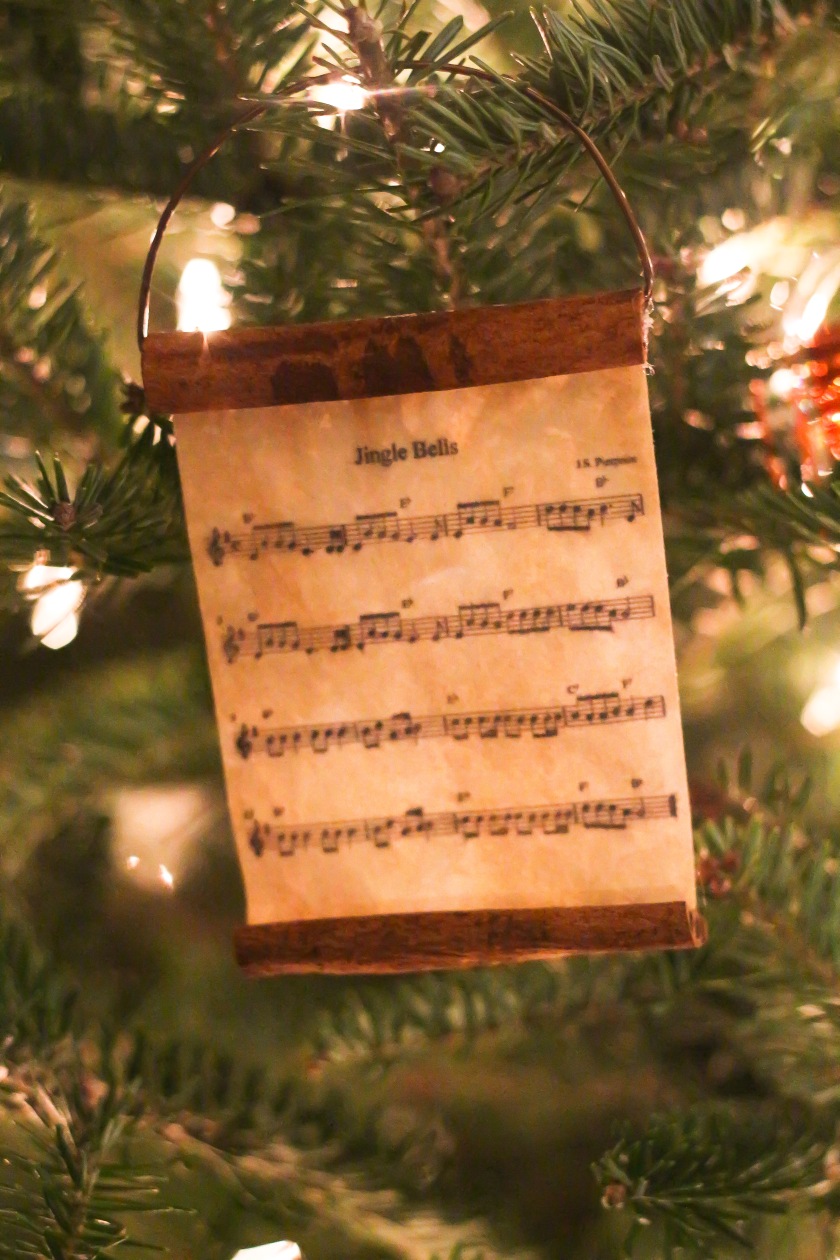 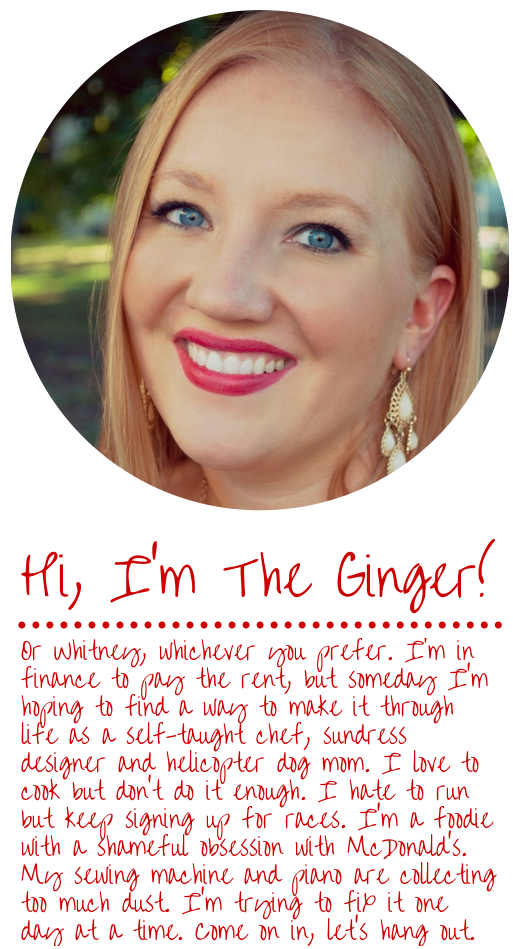